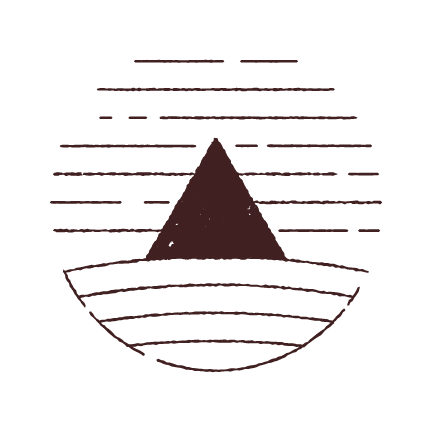 They rushed about the settlement, the tumult of their preparations a constant rabble of clattering and shouts. Along with the gathering of blades, bludgeons, and spears, they loaded every rifle, pistol, revolver, and shotgun. The men drove rows of stakes into the ground. Warner’s bones rattled as he shouted orders from the only building, the tall centerpiece they had built their settlement around. He called down to the scurrying scouts to ready them for what was to come. “For fuck’s sake, Bry,” he shouted down, “if that’s all you can carry, you’d be more useful digging a trench. It’s an ammo box, not an anvil.”
‍
It was too far to tell what sort of army came for them, but it was big, whatever it was, and would arrive by nightfall. The Infinite Bullets would be ready. They may only be fifty strong, but they had the guns.
‍
They stocked all of their ammunition on the north side of the settlement. The men with rifles stretched prone on rooftops. Shotgunners had the front line. Out of thirty-seven men, Warner had given Dirty Dan six of the best to hold in reserve should the enemy come at them from the side or penetrate their defenses.
‍
Torches appeared at nightfall, ushering the mass toward their settlement. The Infinite Bullets lit no fires of their own. They sat restlessly in the dark, waiting for the first sign of combat. Now in his full bone armor, Warner ate by the moonlight wishing he were a harder man, that he could replace the knot in his stomach with confidence, and that whatever this was that approached them only meant to pass them by. Unlikely.
‍
But he knew well that the thing that had been Keller had not been natural. The hands that had gripped his neck felt like they had been in a damp cellar, not the burning desert for as many days as it took that thing to make its way from the Cove to the Infinite Bullets. Whatever Keller had been or whatever had made Keller what he was came for them now.
‍
Shouts called for Warner and he saw that the fires grew close. He walked towards them, the shadows of shacks and tents in their makeshift town lining the way. The men parted before him and he stood behind their spiked defenses, watching the group that approached.
‍
In the dark their numbers were unintelligible, but many came. Torchlight revealed a motley gang of outlaws, bandits and criminals, some from outlaw gangs that Warner knew. They all wore their bones, some a single piece to show they had the killer in them. Some, a few to boast their record. But none so many as Tombstone Warner, whose bone shirt cascaded down his bare chest, making it seem less scrawny. He had donned every bone he owned and they bristled down his arms and back, jutting from the pads on his knees. They were his armor.
‍
Further in the ranks, pale shapes moved, more like Keller than human. Unlike their armored counterparts, they did not clatter, nor did torchlight gleam off metal and leather, but rather cast a cold sheen to their sallow skin.
‍
Yards away from the edge of the settlement a small group emerged. Along the defenses, a wave of guns cocked, ready to fire. Warner held up a hand to signal his men to hold, a sudden knowing of who marched upon them.
‍
The black-haired man led the small company, a long dark coat tailored to his lean frame. Though short, he was too smart not to be dangerous. And next to a crocotta, any man looked small. It lumbered alongside him on four taloned paws. Its tawny hair bristled along its back like saw blades. The most terrible thing about it was its grin, exposing a jagged set of teeth glistening with hungry saliva. It sniffed at its surroundings, turning its head, the torchlight shining green in its eyes. And it stank. Like a poison-rotted corpse. Flanking them walked two women. Pale as the dead, but not like the others; they wore white dresses. Black, curly hair seemed to sway in a nonexistent wind.
‍
Warner had been too silent as they approached. Their torchlight extended far, brighter than natural, and he knew they could see him plainly. His bones hardly felt intimidating. The approaching group was an army compared to the Infinite Bullets. He cleared his throat, reminding himself to speak strong. “Who approaches the Infinite Bullets? Friend or enemy?” It was a stupid thing to say, and worse, it hardly boomed.
‍
“I am Raven. I think you know me.” the neatly dressed man said in a familiar accent. “It your choice whether I be friend or enemy. I have come to collect on our deal.”

“We have no debts.” After ten years this man came from nowhere, preceded by Keller—or whatever it was Keller had become. Warner had shown too much weakness of late.
‍
“I believe you do,” Raven said. “I believe those are my guns. We had a deal.”
‍
“You can’t come demanding that we honor a deal over ten years old.”
‍
“Your man led us to you” Raven said. “Keller, he said his name was before he died.”
‍
“He wasn’t dead when he came back to us.”
‍
“My point exactly,” Raven said. “You can either honor our agreement or you can serve me as Keller served me. Giving you a choice is merely a courtesy that I am not obligated to extend.”
‍
The crocotta gave a light cackle, but the women remained expressionless. Raven’s smile widened but his dark eyes showed no emotion.
‍
“We don’t respond kindly to threats, do we boys?” The question would get Warner’s men involved, get their blood pumping. This was going to lead to a skirmish. They hadn’t had a real battle in some time, and Warner was finding his confidence rising. But no reassurance came from his men. Silence and then footsteps behind him.

“Dan?” Warner said, smelling the man as he arrived. Dirty Dan smelled worse than a crocotta. Warner looked over his shoulder, the men he had sent with Dan stood around him. “We got this, Dan. These guys think they can bully us into soldiering for them. Well I say they’ll give us little trouble once they see what we’re made of. Give them fire.”
‍
His men had packed every empty bottle with an oil-soaked rag, ready to be lit and cast into this Raven’s army. Warner pulled his own bottle, wet rag dangling from the opening. He struck a match and put it to the cloth. The fire went out. No one else attempted to light their fire-bottles.
‍
“Just water in that one, sir,” Dan whispered in his ear, the stench suffocating Warner. The knife slid in, grating against the bones he wore and then against his own bones. Something warm and wet flowed from his back and then from his pants. He shook, the bones rattling, pissing uncontrollably as he sank to the ground bleeding.He trembled for a long time, trying to move his legs, but something had gone wrong. A voice spoke in his ear, Raven’s strange accent.
‍
“Next time grow a spine instead of buying one.”
BUY FULL NOVEL ON AMAZON
LISTEN TO THE AUDIOBOOK
free for a limited time
© 2019 M. C. Coward
m.c.coward